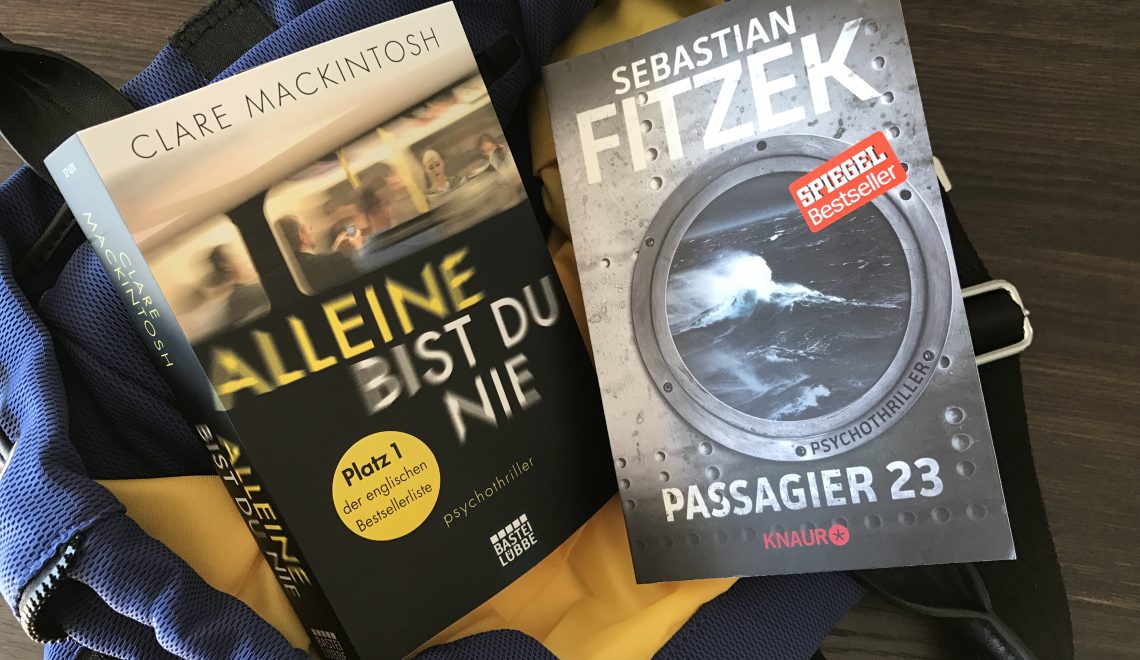 Have you ever heard about passenger 23? Please do not read this thriller on a cruise. The thriller is fascinating, evil and dangerous from the start until the end and so is the psycho thriller I see you. I’m sure you will devour both books within hours.

Clare Mackintosh, I see you, Zoe Walker a divorced, with two kids, is living in London. While commuting in the London tube, Zoe Walker sees her photo with an unknown phone number in the dating section of a London newspaper. She wants to find out why her picture is shown there. There’s no explanation, just a grainy image, a website address and a phone number. When she takes the paper home to show it to her family, they are convinced it must be someone who looks like her. But the next days the advert shows photos of different women. Every day another one. Any mistakes? Is there someone keeping track of every move the women make?

Passenger 23, Sebastian Fitzek, an arresting psychological thriller set on a cruise. The thriller becomes a nightmare. Martin Schwartz is an undercover detective who is recovering from his wife and sons’ suicide on a cruise ship years ago. He is a desperate man and he is willing to take big risks. During a new observation he receives a call from an old lady, a crime writer, which can’t be ignored. He never wanted to step onto a cruise liner again. On average, 23 people per year disappear without a trace from cruise ships and never has someone come back. Until now, a missed girl came back with the teddy of Martins son in their arms.

Unfortunately, Passenger 23 is only as audio book available in English.