Berlin – a city with rough edges

A business travel is combined easily with the convenient side of Berlin. Our trip was focused in visiting the ITB, the biggest fair for the travel industry within Europe. Our main concern was the digitalization and the platforms of the travel industry, which are on the overtaking lane.

We still had time to discover some spots in Berlin. Against the preferred business hotels, I chose this time an accommodation soaked with history and which is under monument protection. When I saw the website and the pictures of the rooms I could not resist to book our rooms in the Patrick Hellmann Schlosshotel in Berlin. The castle was built by an attorney in 1912. Two years later the building was finished. Kaiser Wilhelm was also guest in the castle until he went into the exile. During the second world war the castle was occupied by the Russians. After the war the Palais was turned into a fancy Embassy club. In 1951 the castle was leased by Wolfgang Gerhus. From that day on the castle was a well known destination for the aristocracy and other famous people.

Over the years, the castle had many different owners. Today the hotel belongs to the German designer Patrick Hellmann. His footprints show already the new concept of the house. Dark wooden walls and ceilings combined with modern elements, the colors gold and silver. The materials are well chosen and of high quality.

All those who like buildings full of history might love this little boutique hotel. The atmosphere is personal and the service is familiar. Sweet dreams are guaranteed. The guests will live within the walls of the spirit of Robert Kennedy, Josephine Baker, Sir Peter Ustinov or Errol Flynn. Romy Schneider has also married twice in the castle. 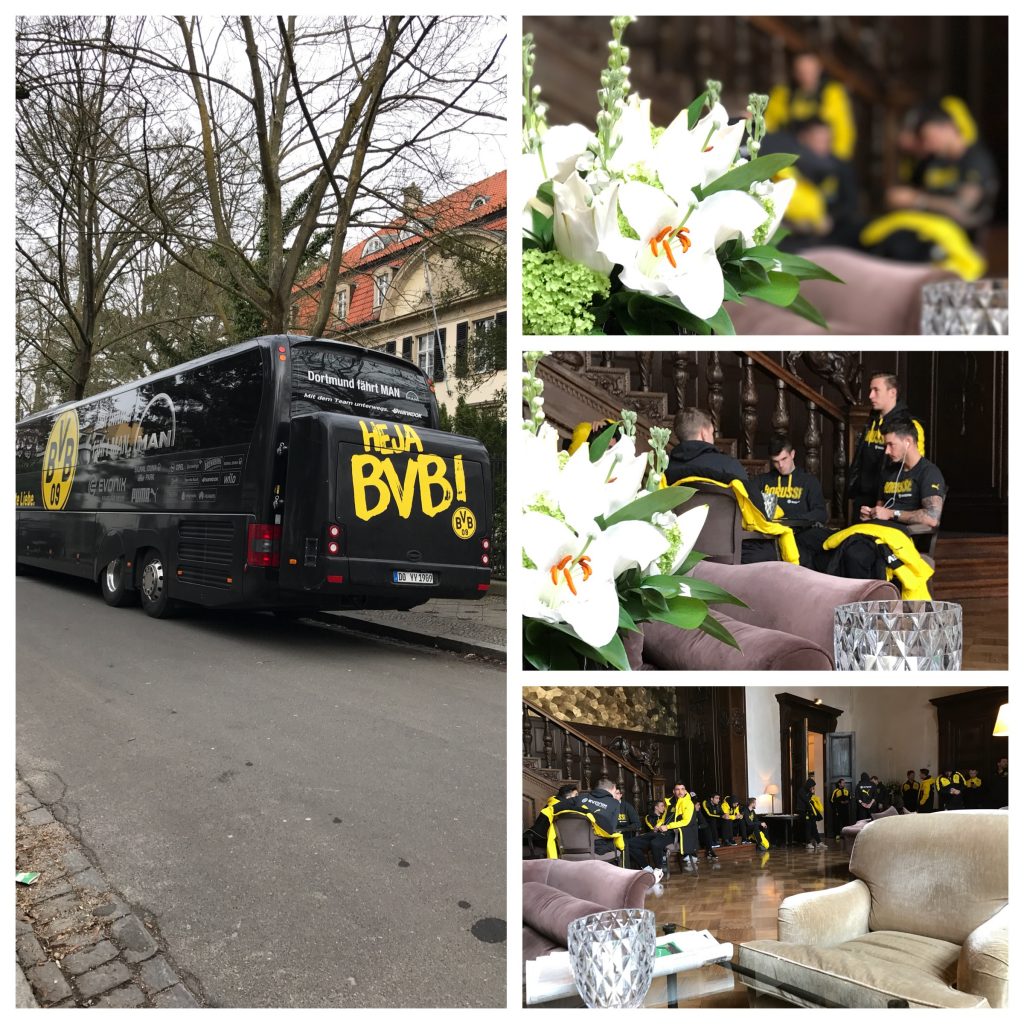 My personal highlight was the stay of the BvB soccer club. It was the second time, that the club had chosen the same hotel, where I was staying. 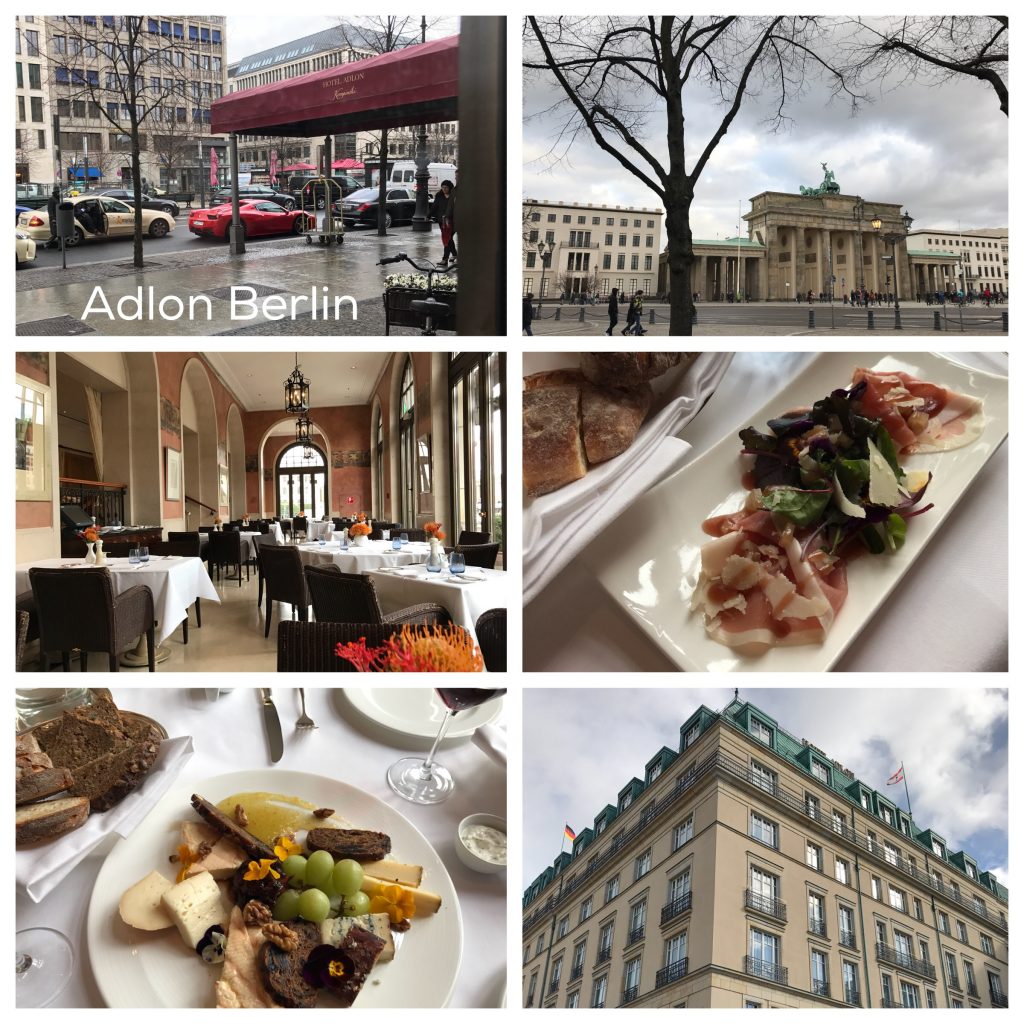 The hotel Adlon is another building full of history. We have booked our business lunch there with view to the Brandenburger Tor. The food was delicious. After the lunch, we continued our city trip. 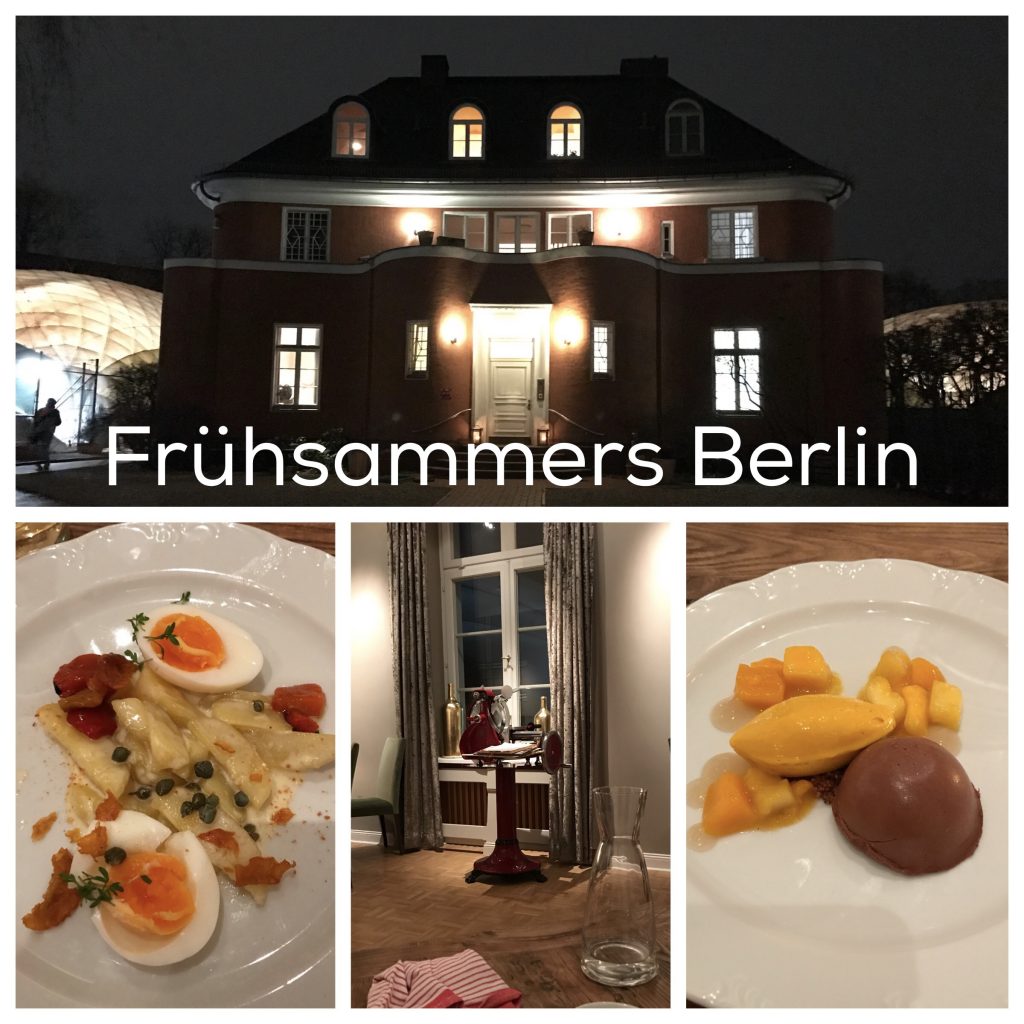 The restaurant Frühsammers was on the to do list. The restaurant is surrounded by tennis courts. The dishes are delicious. We booked a table in the bistro. Next time we will also try the restaurant. 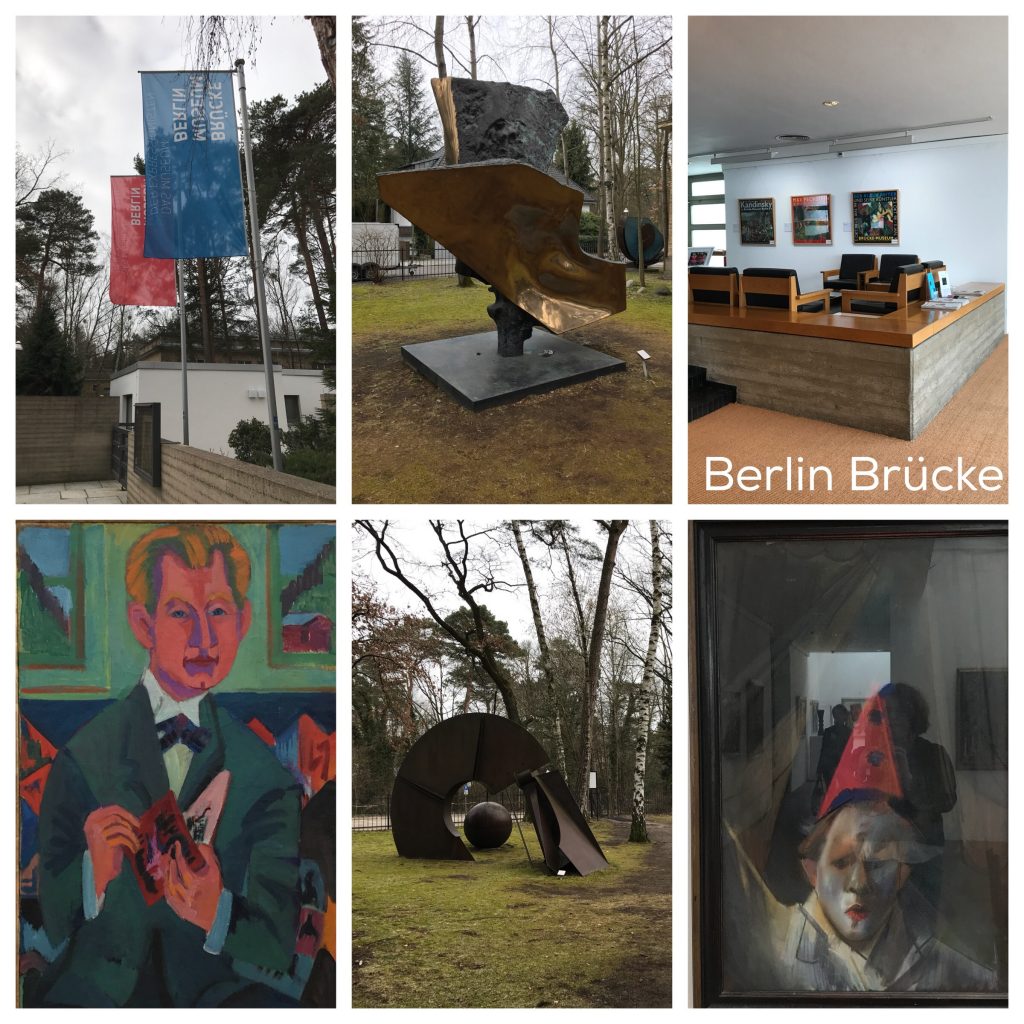 The work of Ernst Ludwig Kirchner will be shown in the Kunsthaus Zurich until the 7. Mai 2017. (See also post: Tip: Kunsthaus Zürich, Vibrant Metropolis, Kirchner – The Berlin Years)

Berlin is a city with rough edges. It’s exactly that complexity we love.